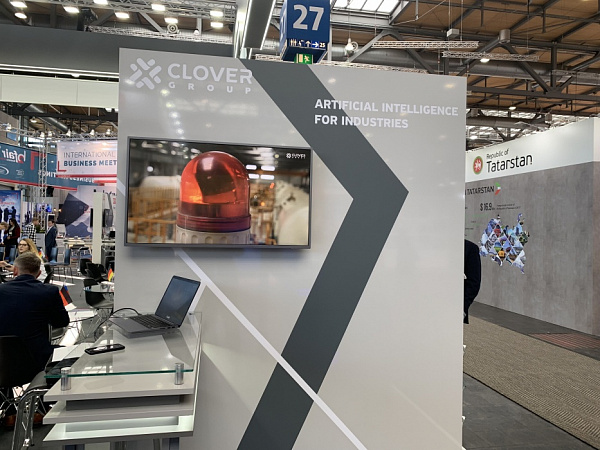 HANNOVER MESSE 2019, a major exhibition of high technologies, innovations and industrial digitalization, has been completed in Germany. The Clover Group company presented its own artificial intelligence developments at the Russian Federation booth.

The event was attended by the leading corporations engaged in creating innovative technologies for industrial production and energy systems, as well as in the field of digitalization, robotics and industrial software. The Russian developer of AI solutions Clover Group presented the Clover SmartMaintenance solution, which is a smart repair system for energy, railway, oil&gas and mining enterprises.

The solution is based on modern data analysis technologies, machine learning methods, predictive analytics, as well as unique physical and mathematical models and the Clover Group digital platform. During the event, the Clover Group delegation held a number of meetings with the representatives of foreign industrial enterprises. Such companies as Baden-Wurttemberg International, BWA, Energy shields, GAMAK and others showed interest in the Russian developer's solutions.

In addition, at the Russian Federation booth, SAP SE COIL and Clover Group ceremoniously signed an agreement on innovative developments in the field of smart repairs and AI solutions as part of the SAP Joint Innovation Laboratory.

HANNOVER MESSE is an international industrial exhibition, a platform for such topics such as the Industrie 4.0 concept, energy efficiency and smart grids. The innovative products of about 6,000 exhibitors are presented at HANNOVER MESSE.